Known as The Original Rudeboy, Neville Staple is a Jamaican-born British singer credited with changing the face of pop music not only once but twice. His 35-year career in the music business is well documented, from the early days with The Coventry Automatics, The Specials and Fun Boy Three to collaboration with Ranking Roger in The Special Beat and various other collaborations during his solo career from the 90s until the present day.

About his musical legacy, Neville Staple comments: “The way we brought it was mixing Jamaican music with the English style, which was actually punk at the time. Now most people are into ska, they listen to all the people that we talked about that they might not have listened to before… This has happened again and again with the different waves of ska. I am hearing lots more young bands now also putting their own spin on ska – some with dance music and some with a rock beat. It’s all good. The music just makes you want to dance. Even when singing about tough times, every-day things or bad things, the beat and the rhythm makes you want to move!”

Following on from the 2009 Specials reunion and Neville’s departure from the band in late 2012, he continues to be a forerunner of the ska movement. The Neville Staple Band continually thrilling audiences, touring relentlessly and playing many festivals, including a headline slot on the Avalon Stage at Glastonbury Festival.

The new album involves members of the Neville Staple Band and guest musicians, including violinist Jessy Greene (The Jayhawks, Geraldine Fibbers), producer Ed Rome and Neville’s wife Christine ‘Sugary’ Staple, who co-produced the album with Neville and Tom Lowry (Planet Studios) with Mike Bennett providing additional mastering. ‘Return of Judge Roughneck’ will be available on both CD and in a special limited edition 2LP vinyl package!

Here Neville Staple recreates his famous Judge Roughneck character, who first emerged as part of the ‘Stupid Marriage’ song from The Specials’ debut album on 2 Tone Records. Be prepared for a super ride through classic Jamaican early reggae tunes, ska stomping rhythms and new tracks, fitting perfectly with echoes of 2 Tone and Bluebeat mixed with Trojan music styles. In Part 2 of the album, a full set of bonus dub remixes, takes you on a journey with atmospheric vibes, toasting fun and twisted song versions.

The lead track ‘Return of Judge Roughneck’ is a fun ska dance video filled with Judge Roughneck’s take on the world of politicians, bankers and bullies, along with dancing barristers and cocky jailbirds. Shot by Lee Cogswell and Daniel Thompson (production storyline & casting by Christine Sugary Staple, who also features here), the video is shot at various locations in the historic 2 Tone city of Coventry in the UK’s West Midlands. Ironically, the video was partially shot at the heritage building of the historic ‘Coventry County Court’ (now a restaurant called the Establishment), where Neville was once sentenced to borstal (a youth detention center), along with sites at Coventry University’s Moot Room, the local Council Chambers, St Mary’s Guildhall and the Belgrade Theatre.

Neville’s autobiography ‘The Original Rude Boy’ was published in the UK by Aurum Press in May 2009. This amazing story traces Neville’s interest in music in the early ‘60s to his relationship with Pete Waterman (record producer, songwriter, radio and club DJ, and television presenter) and his rise from hell into stardom.

The Neville Staple Band is playing shows all around the UK in late winter and spring in support of ‘Return of Judge Roughneck’, which will be available on Vinyl, CD, iTunes and Bandcamp. 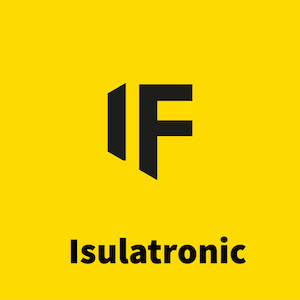